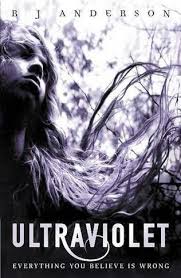 “Once upon a time there was a girl who was special. Her hair flowed like honey and her eyes were blue as music. She grew up bright and beautiful, with deft fingers, a quick mind and a charm that impressed everyone she met. Her parents adored her, her teachers praised her, and her schoolmates admired her many talents. Even the oddly shaped birthmark on her upper arm seemed like a sign of some great destiny.
This is not her story.
Unless you count the part where I killed her.”
Alison is a loner, she keeps herself to herself; confiding only in her best friend Mel. After an odd childhood under the rules of her strict mother she has learnt to keep quiet about what she sees when spoons clash together, or what she tastes when people are lying. Convinced at a young age that these were not the properties of a normal, sane, girl she says nothing and tells no one about them.
But the buzzing she hears whenever Tori Beaugrand is around drives her crazy. It’s bad enough that Tori hates her and acts like she’s a freak, but that buzzing is enough to push anyone over the edge and suddenly Tori disappears and Alison wakes up two weeks later in a mental institute. Alison can’t explain, without telling people about her abilities, what happened to Tori, not even to herself. But she also wants to get out of that hospital, and quickly.
Ultraviolet is powerful. Very powerful. You can tell from the extract above. You’re really getting into a bit of it then all of a sudden BOOM! You’re hit with something you didn’t expect. And let’s face it, that’s exactly what I want from my books so it’s obviously why I fell in love with this book!
Without giving too much away the story follows Alison after she wakes up in the psychiatric unit of St Luke’s hospital, where she is transferred to Pine Hills. She can’t remember herself why she’s there so when you’re reading you’re picking everything up at the same time as she is. You expect from the summary to be presented with a crazy person, I mean, why else would she be in an institute? But no, she actually really doesn’t come across as crazy. Alison is an amazingly complex character due to her ability to see and taste more things than your average person can. But she doesn’t know why or how or anything and she doesn’t have anyone to confide in. You really get to know her as a character and you get to understand her, and for a while you’re the only person who does. Until Faraday comes along.
I loved the character of Faraday; he was dreamy and smart, and lovely. He was the perfect man. You keep thinking that he shouldn’t  be the way he is because he’s a doctor and for  quite a way through the book I was going “noooo don’t fall for him, that will result in trouble!!” but it plays out brilliantly!
The story was totally not what I expected. I kinda thought it would be a murder mystery with a twist of psychological thriller, but I didn’t expect the bit of sci-fi that’s thrown in there too! I don’t do sci-fi to be honest with you. I can’t stand stuff like that usually but in Ultraviolet… it works! Big time!
I can’t gush over this book enough. I love books which delve into the psychological and this book took that, developed a whole new way of looking at things and really brought my attention to amazing things that I didn’t actually know existed! I really would recommend this to anyone and everyone because it blew me away. I am now gunna go and find myself a copy of Knife because I can’t wait to read more RJ Anderson.
Ultraviolet is due out for UK release in June by Orchard Books, it is available to preorder here.