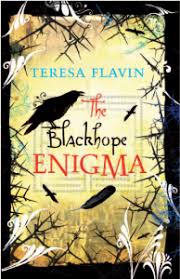 “’That’s where they found the skeletons. Right where you’re standing.’
Startled, Sunni Forest whirled round and found a lanky dark-haired boy smiling at her from a bench by the wall.
‘Blaise! You scared the life out of me!’ Sunni hopped away from where she had stood, in the center of a large, rectangular labyrinth picked out in black tiles on the stone floor. ‘Try saying hello next time.’”
Sunni Forests loves art, her favourite artist is Fausto Corvo, an Italian painter from the 1600’s. Rumours of Corvo’s abilities far extend the art which he created, with stories of enchanted paintings which hold worlds of their own circulating around the art industry. Sunni isn’t fully aware of these enchanted paintings until, after a costly mistake by her younger stepbrother, Dean, she finds herself inside one.
After Dean disappears into the painting Sunni and Blaise are trying to copy for their art project, Sunni has to go straight in there too. Blaise hopes they will be back soon but waiting 24 hours and hearing nothing, he follows them inside. What begins is a lesson in art history that they never expected to attend; with lords and ladies from hundreds of years ago, sea monsters, pirates and even a baddie from their own century.  The three of them have to battle their way out to try and find their way home, without spilling any secrets, or, worse, too much blood.
The Blackhope Enigma is everything you want from a story about pirates, monsters and a world that exists underneath a painting. The three kids have to battle, make friends, loose enemies and find themselves when they are in Arcadia and some of those things are harder than you think.
I loved the world, and the premise of the world, that Flavin creates in this book. It’s incredible, the way that a painter in the 17thcentury could create another world underneath his paintings. The history that’s intertwined with the story of Sunni, her brother and her friend is so fascinating! I love the idea of old time Italy, and when I come across books or films that explore this I always find myself gripped, and The Blackhope Enigma is no different!
The characters in the book were also really well developed. It’s told in third person and it shifts perspective so you’re not really attached to any of the characters, but I found that I really got to know them all well. They are younger than you usually find in YA books, with Sunni being only 14 and her brother 12, but this was definitely not a bad thing! I liked that they were a bit younger as I think at 16 Sunni might have just thrown something at her brother for trying to annoy her in the first place and the story wouldn’t have happened!
The Blackhope Enigma is such an amazing story. I really would recommend it to everyone! There are funny bits, shocking bits, and awww that’s sweet, bits! I loved the really well played out brother/sister relationship, and the thing that Blaise has for Sunni, which is totally obvious from the start but I’ll be damned if Sunni notices for a while! The little illustrations which appear throughout the book are really cute too, and really help you visualise the more slightly complicated bits! It would make an excellent story for bedtime reading and once it’s out I may have to buy it purely to read to my future children! It is kinda aimed at the 9+ range but with supervised reading I reckon adults could read it to younger kids and they will love it too!
The Blackhope Enigma is Teresa Flavin’s first novel; though she has worked as an illustrator for children’s books for many years. The second book in the series, The Crimson Shard, is due for UK release at the end of 2011. The Blackhope Enigma is available to buy here.

This is Not Forgiveness – Celia Rees