The cold, dark and wet days have crept in and it looks like they are here to stay. This means I have pretty much gone into hibernation mode and have hardly done anything. The beginning of the month saw an old friends wedding which was amazing and so emotional. To see a friend of 8 years get married to the girl he obviously loves is an incredible experience and I wish them a very happy life together. The wedding was carried out in a church in my home town and the reception in a venue not too far away and it was great to be back there for a day or so. I loved seeing old friends who I haven’t seen since college 6 and a half years ago!

Other than that I honestly haven’t done much at all, I have spent a lot of my time working at home when I haven’t been at my actual job itself and that has tired me out so books and other things have come after sleeping I’m afraid! I’ve managed to keep up with a fewTV shows because I find they don’t require as much brain power and I have to say some of them are great, I’m up to date with the UK showings of The Walking Dead and am immensely happy that certain people are back on my screen. I have checked out Stephen Merchant’s new comedy Hello Ladies which is so funny but incredibly awkward; if you like The Office then do check it out! Then there was Karl Pilkington’s The Moaning of Life… which was actually really good! I actually can’t usually stand Karl Pilkington, I put up with him because my boyfriend, T, loves him, I think he’s a moran. I found the Idiot Abroad shows mildly entertaining but they were overshadowed by the fact Ricky Gervais and Stephen Merchant were playing bully boys and making him do things he didn’t want to do. The Moaning of Life is so much better as he seemed genuinely interested in finding out how different cultures viewed things, it was a brilliant show because of the experiences he went through and opened my eyes to a lot of things. Unfortunately the finale of the show wasn’t aired because it was talking about different cultures handling death and he visited the Phillipines so Sky took the view that it would have been in bad taste to air the show, which I can obviously understand, but I do hope I get to see it at some point.
Films

In between the work and the TV watching I also slotted in a couple of films. We’ve been catching the Saturday night showings of Star Wars, but I’ve only been half watching them as they are more T’s thing. We also watched Skyfall for the first time and it wasn’t as bad as I thought it would be, its still incredibly sexist and things get blown up way more than they should be – if they didn’t want that vintage Aston Martin I would have had it, seriously! But it was entertaining enough and there were some bits I did find interesting at least.
Games 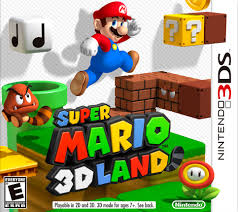 The one thing I have done whilst I should have probably been doing other things is play games. I play on my phone every day – candy crush is addictive what can I say! – but this month I have been nabbing T’s 3DS and playing a fair bit of Super Mario 3D Land… Its my first real experience of the Mario franchise and its proving to be frustrating but very fun at the same time. I never thought I’d enjoy it as much as I do and other than wishing Princess Peach wasn’t so pathetic and that the stupid storyline wasn’t so gender biased, I am loving it. T told me that there was a chance I would love it more than Little Big Planet when I started and to be honest, I can see where he is coming from but the 3D is causing a bit of a problem for me at the minute because it messes my eyesight up a bit. I am hoping we can invest in a Wii U soon for when the Wii U version of the game, Super Mario 3D world is out and that that will be even better!

I hope you have all had a good November and please do leave your links in the comments below so I can check out your posts if you want to join in with this feature!

No Books Allowed (#9) – The Eurogamer write up episode