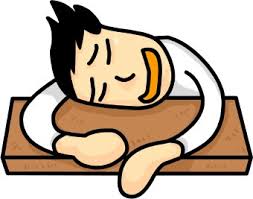 While at school we were forced to read poetry. And I hated it. I never understood it and I got really pissed off when I was forced to share an opinion. Then something happened. I went on a trip in year 10 or 11 to Newcastle for the GCSE Poetry Live event. It was all those boring poets from our anthology reading our their poems and discussing them! Don’t get me wrong. I still didn’t understand! To this day I refuse to read anything by Carol Ann Duffy or Simon Armitage purely because of school!
But on this trip there was an extra poet, one that wasn’t in the anthology. He walked on stage and started reading our his poems and I feel in love. I knew he was a cool dude as soon as I saw him and then when he started speaking, it was at that very moment that I realised poetry was actually all around me. As someone who is totally obsessed with music I had been writing “song lyrics” for years but never realised that actually, to someone else, they would just be poems!

This guys name was John Cooper Clarke and he was a punk poet. He changed my opinion of what poettry could be forever and he deserves all the recognition he can get because seriously I love him. He writes real stuff, fun stuff, rather than the down and depressing stuff you get elsewhere!
I keep meaning to get some of his poetry but it’s quite often put to music and all I can find is CD’s, not books! From John Cooper Clarke I found Spike Milligan and from there I realised that actually all my life I have loved a certain type of poetry because the “story” I used to force my sister to read me in bed when I was little was Edward Lear’s The Jumblies – which has to be one of the most awesome poems like EVER!
I really want to expand my collection of poetry, but I know I will stick to this type of thing. Funny poems and limericks, I really do need to expand my collection of Edward Lear stuff too! But for now I thought I would share with you one of John Cooper Clarkes poems, moer can be found on his website here.
The milky way she walks around
All feet firmly off the ground
Two worlds collide, two worlds collide
Here comes the future bride
Gimme a lift to the lunar base
I wanna marry a monster from outer space
I fell in love with an alien being
Whose skin was jelly – whose teeth were green
She had the big bug eyes and the death-ray glare
Feet like water wings – purple hair
I was over the moon – I asked her back to my place
Then I married the monster – from outer space 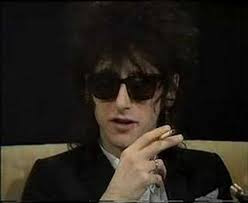 The days were numbered – the nights were spent
In a rent free furnished oxygen tent
When a cyborg chef served up moon beams
Done super rapid on a laser beam
I needed nutrition to keep up the pace
When I married the monster from outer space
We walked out – tentacle in hand
You could sense that the earthlings would not understand
They’d go.. nudge nudge …when we got off the bus
Saying it’s extra-terrestial – not like us
And it’s bad enough with another race
But fuck me… a monster …from outer space
In a cybernetic fit of rage
She pissed off to another age
She lives in 1999
With her new boyfriend – a blob of slime
Each time I see her translucent face
I remember the monster from outer space
Anyway I wondered what other peoples thoughts were on poetry? Do you read it much? Do you think most of it is depressing and/or boring (I’m sorry but I really can’t stand War Poetry. I understand it was bloody horrendous in those trenches but a lot of the time I just can’t read it! Especially after months of it in college!) Have you come across many funny poets like John Cooper Clarke and Spike Milligan? Can you recommend any to me?!