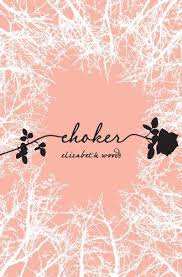 “Cara Lange stood in the doorway of the cafeteria, her nylon lunch bag in one hand. The din of chattering students floated above the sea of white Formica-topped tables, and a steamy potato-and-onion aroma emanated from the kitchen. Cara paused. She wasn’t sure she could stand another lunch tacked onto the other track girls like a vestigial organ – completely useless and unnecessary. She considered fleeing to the parking lot and eating lunch in her yellow ’99 Volvo. But, no. She wasn’t that lame.
Not yet.”
Sixteen year old Cara has never felt right, she never fitted in with the other people at school and the only friend she ever had she was forced to leave behind when she was in fifth grade. She moved away, leaving best friend Zoe behind and moving invisibly through life into high school.
However after a mortifying event at school, which earned her a new nickname, ‘Choker,’ from the popular girls who hated her.  Cara comes home to find Zoe sat waiting on her bed, ready to be a shoulder to cry on. Next thing Cara knows is one of the most popular girls in school is dead and another is missing. Cara has to work out what happened and Zoe isn’t help her work it all out.
Id purposely tried to read very little about choker before I read it so that it would shock me as much as possible. I knew that many people whose opinions I value loved the book and I’d read the synopsis and that was enough to tell me I had to read this book! I’m so glad I didn’t read a lot now though because I was very suitably shocked and I don’t want to go into much detail because I want anyone reading this who goes on to read the book to have the same response as me.
I love a good thriller… A murder, abduction, a few people in the frame; all makes for a good plot for me! So obviously Choker didn’t disappoint with that! I was suitably kept on my toes the whole way through and read it so quickly because I just needed to know what was going on and if theories were correct!
I felt so sorry for Cara at the beginning of the story. You could tell she was a bit of a social outcast and I just wanted her to fit in and for Alexis and Sydney to stop being so awful to her. As the story went on and Cara came out of her shell a bit more I really started rallying for her, I wanted her to have new friends and a boyfriend and stuff.
Zoe however I didn’t like at all, though I think that’s probably the point, you could tell from the start that she was a bit unhinged; or maybe just plain crazy. She was so over-protective of Cara and I couldn’t help but wish she’d just go away!
I think the idea behind Choker is brilliant. I loved the story and it messed with your head a bit which is always good for me. It is the second amazing psychological thriller I’ve read from a debut author I have read this year and I loved them both so much! I cannot wait to see what Elizabeth Woods has in store for us next!
Choker was released in January 2011 by Simon and Schuster children’s and is available in hardback here.