Hello! Happy Saturday!
I’m just gunna fill you in about a few things I’ve noticed happen over the past week, hope you dont mind!
***

Some news of the casting for the upcoming Beautiful Creatures movie was annouced this week. I loved this book and I cannot wait to see the movie of it, however I’m not sure about Jack O’Connell playing Ethan, especially as I watched those series’ of Skins and I will have a hard job seeing him  as anyone other than Cook! Also I really hope his American Accent is up to scratch! The girl playing Lena looks pretty enough and everything but shes new so I cant really comment on her!

Also announced is Emma Thompson, she will be playing Mrs. Lincoln, i think that casting is perfect and can totally see her as Mrs Lincoln! 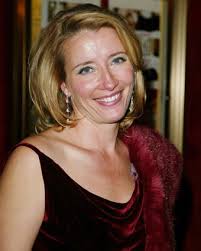 ***
I also wanted to share the shortlist for the Waterstones Children’s Book Award 2012. I know you’ve probably all seen this but there are some great books on the list!
Between Shades of Grey – Ruta Sepetys
You Against Me – Jenny Downham
Being Billy – Phil Earle
Amy and Roger’s Epic Detour – Morgan Matson
My Sister Lives on the Mantlepiece – Annabel Pitcher
Divergent – Veronica Roth
I’ve read only two of these, another two are on my list and the other two, well I know I should read them but they just really don’t appeal to me. I am hoping to read the two on my shelves – You Against Me and Being Billy – by the time the winner is announced on March 28th. Then at least I’ve read the majority and can comment! Hehe
***
Also, I have to share this, I found it on Keris‘ blog yesterday and thought it was brilliant!
Ahhh…
***
Anyway, thats me done. Just to remind you that my giveaway for my blogoversary is still running here and I have a giveaway for Celia Rees’ This is not Forgiveness running until Midnight tomorrow here.