Day 15: First “chapter book” you can remember reading as a child – Owl in the Office – Animal Ark- Lucy Daniels

“When Mandy discovers an abandoned baby owl, she knows the best place for it is the Welford Animal Sanctuary. But Sam Western has just raised the sanctuary’s rent and now all its animals are at risk. Can Mandy and James raise the money needed to save the sanctuary?”

I can remember being obsessed with the animal ark books whne I was a kid. I cant remember which book was my first so I’m just putting one with a really cute cover for ya! 😉

“Now fifteen years old with four Voldemort battles under his belt, Harry feels frustrated about the growing public skepticism about the Dark Lord’s return. Unfortunately, the Ministry of Magic is also voicing its doubt, and all of Hogwarts comes under the watchful eye of an oppressive Ministry representative. Despite the additional problems of looming O.W.L. exams and Hagrid’s inexplicable absence, Harry’s main preoccupation is his vivid dreams that take him to places — and make him witness events — that horrify and intrigue him. These dreams provide a shocking clue to his very existence, and when eventually they lead Harry to confrontation, the wizard must cope with a tragic death and a telling prophecy about his future.”

I kinda wish there was you know, a big feck off classic book here like My sister would have (hers is Dantees Inferno I believe) but nevermind. I love my Harry Potters! 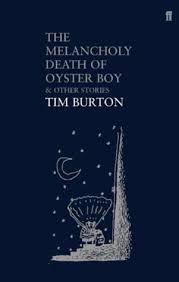 “Meet Match Girl and Stick Boy. Match Girl and Stick Boy are in love. Match Girl’s senses are inflamed by desire. Stick Boy’s body is burned to a crisp.
Oh, to be Brie Boy. Brie Boy is made of a whole wheel of cheese! But when Brie Boy has nightmares, he’s only a wedge.
Look at Oyster Boy’s head. It is a huge, shapely shell, chiseled and sharp. Pretty as Oyster Boy is, though, his favorite time is Halloween, because he gets to dress up as a human. “

Day 18: Book you’re most embarrassed to say you like – How Language Works – David Crystal

“Language is, as one commentator noted, the most valuable single possession of the human species, but few of us devote much time contemplating its intricacies. David Crystal’s How Language Works arrives as a pleasant tutorial on language and communication in their varied aspects. In jargon-free language, the author of The Stories of English discusses a myriad of subjects: from baby speech and tone of voice to grammar, the written word, and neurological aspects of language. A model of clarity.”

“In a hospital room in Edinburgh Roy Strang lies in a coma – which doesn’t save him from reliving the sordid developments that brought him to this state. He seems at times to be engaged in a strange quest in a surrealistic Africa to eradicate the evil predator-scavenger bird the marabou stork before it drives away the peace-loving flamingos from Lake Torto. But Roy’s hallucinatory adventures keep being interrupted by troubling memories of his bizarre family, the housing project in which he grew up, a disastrous emigration to South Africa and his youthful life of casual brutality as a club-hopping soccer thug.”

OK, so I’m gunna take “turns you on” as a way of saying excites you and makes you want more! Marabou is exactly that, its awesome and I couldn’t stop reading. Its completely F’ed up but never the less! 😀

“In The Illustrated Mum, Wilson introduces us to Dolphin, a young girl living in the wake of her tattooed mother Marigold’s manic depression. With her older sister, Star, on the brink of adulthood and facing the traumas of adolescence and her mum sinking further and further into her illness, Dol has no-one to turn to. The constant bullying at school causes her to withdraw into her own world and she begins to cope by fantasising that she is a witch. “

I wrote about this book for my disseration at university. Obviously it took over my life for about 6 months. Which means I read it too many times to count! But I still love it! 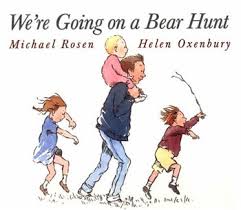 “We’re going on a bear hunt.
We’re going to catch a big one.
What a beautiful day!
We’re not scared.
Ready for some fun? Come along!”
OK so I cant actually remember… and loads of people will put the hungry catapiller! So mine is this beacuse I do remember loving it!

Day 22: Book you plan to read next – Choker – Elizabeth Woods

“Sixteen-year-old Cara Lange has been a loner ever since she moved away from her best and only friend, Zoe, years ago. She eats lunch with the other girls from the track team, but they’re not really her friends. Mostly she spends her time watching Ethan Gray from a distance, wishing he would finally notice her, and avoiding the popular girls who call her “Choker” after a humiliating incident in the cafeteria.
Then one day Cara comes home to find Zoe waiting for her. Zoe’s on the run from problems at home, and Cara agrees to help her hide. With her best friend back, Cara’s life changes overnight. Zoe gives her a new look and new confidence, and next thing she knows, she’s getting invited to parties and flirting with Ethan. Best of all, she has her BFF there to confide in.
But just as quickly as Cara’s life came together, it starts to unravel. A girl goes missing in her town, and everyone is a suspect—including Ethan. Worse still, Zoe starts behaving strangely, and Cara begins to wonder what exactly her friend does all day when she’s at school. You’re supposed to trust your best friend no matter what, but what if she turns into a total stranger?”